Areas of Development and Impact

Catalyze: How can I contribute?

Young people catalyze change in their lives and communities 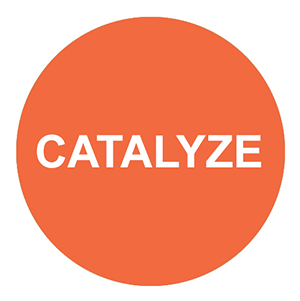 “All of us have a certain fire inside of us that we want to activate, that we want to help change the world with. These summits help bring us all together to understand we are not alone.” – Christien, Baltimore, MD

Creative learning experiences reposition young people as cultural workers and change-makers at the center of communities, capable of advancing social justice causes. Young people become skilled in using the arts and communications media as tools to exert their voice and influence and as a way to connect to issues that matter to them. In so doing, they become leaders in sharing more diverse forms of cultural expression and in better understanding and transforming systems needing change.

The authors critique policies designed to act on youth in urban communities and offer an alternative road map for youth to, “resist and transform oppressive policies and institutional practices in their schools and communities,” (pp. 25). The authors point out that despite limitations in young people’s ability to fully participate in democracy due to age restrictions and other mechanisms designed to keep them out of the decision-making process for policies that directly affect them, youth-led uprisings, demonstrations, and other acts of resistance have been effective in improving policies. The authors also criticize the limited focus of youth development research that tends to examine only individual behaviors and ignore the power of youth collectivism. Instead they demonstrate how inter-group relationships and collective action can, indeed impact social change and reduce marginalization.

Davis, A. Y. (2016). Freedom is a constant struggle: Ferguson, Palestine, and the foundations of a movement. Haymarket Books.

Davis discusses the legacies of previous liberation struggles, from the Black Freedom Movement to the South African anti-Apartheid movement. She highlights connections and analyzes today’s struggles against state terror, from Ferguson to Palestine. Most notable passages: “The question is why has there not been up until now a serious effort to understand the impact of racism on institutions and on individual attitudes? Until we are able to address racism in that kind of comprehensive way, stereotypes will persist,” (pp.34). “Every change that has happened has come as a result of mass movements—from the era of slavery, the Civil War, and the involvement of Black people in the Civil War, which really determined the outcome,” (pp.36).

This study combined photography with participatory action research techniques to involve teens in critical discussions about their communities. Working from a critical pedagogy framework, the authors assert that supporting critical consciousness is a means to recognize oppression and support change. In addition, the authors argue that adolescence is a critical time for shaping orientations towards justice because adolescence is when people begin to understand the world around them, and develop understandings of their places in it.

Krensky, B. (2001). Going on beyond zebra: A middle school and community-based arts organization collaborate for change. Education and Urban Society, 33(4), 427-44.

This article is an ethnographic study of a collaboration between a community arts organization and a public middle school that involved youth in an arts-integrated service learning experience. In this project, youth used the artmaking process to explore community issues, and their creative inquiries informed the design of a community art and playground space. Through the project, youth deepened their understandings of their communities, and learned how to use the arts to express ideas and envision new possibilities for their communities. The authors find that activist arts experiences were a particularly effective way to “explore, engage in, and affect social issues” (p. 427). The arts represented a tool for civic inquiry and arts-based experiences fostered the development of social responsibility. The authors argue that creativity is key to this process; creativity allows people to envision non-obvious solutions, and public art allows young people to share their ideas with a wider audience and create dialogue.